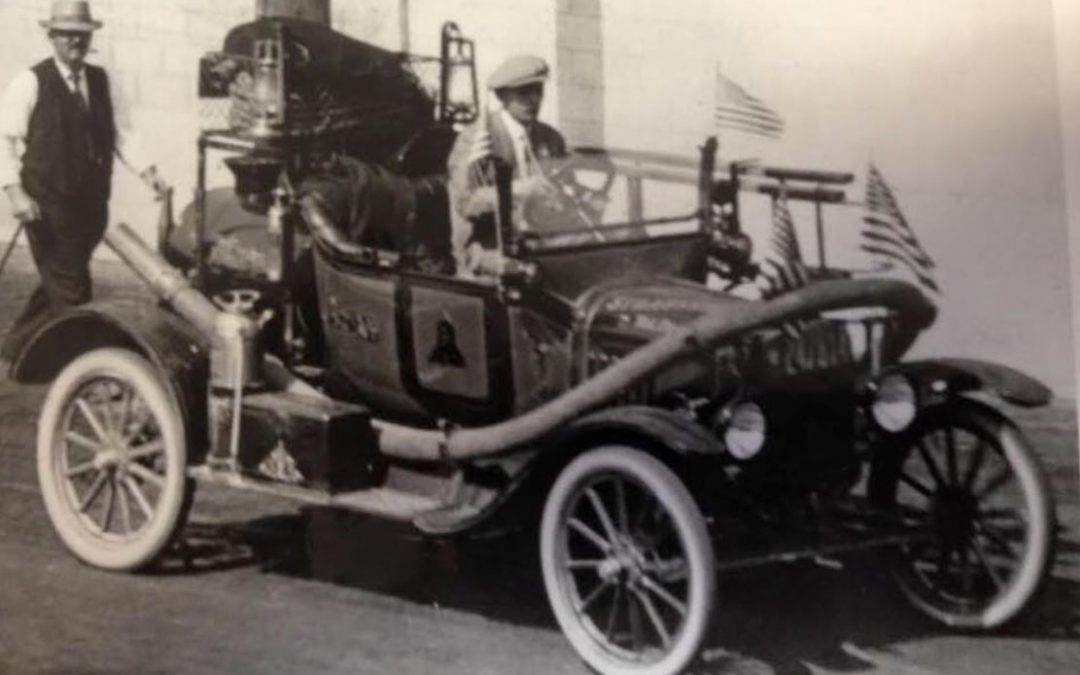 As an agency who values community and the members therein, we are proud to support the Strausstown Volunteer Fire Company’s 100th Anniversary! Our very own agents, Chuck Snyder and Corinne Bentz, have strong ties to this particular fire company. Chuck is currently serving as Captain and Justin Bentz, husband of Corinne, serves as the Assistant Chief. The Strausstown Vol. Fire Company was first organized in August of 1915 and is located on 50 East Avenue in Strausstown Pa. As the fire company grew and transitioned through several fire response vehicles, the fire company was given a grant for a new fire engine and, as a result of the changes, the fire house required several bay expansions. The image above portrays the very first engine owned by the Strausstown Vol. Fire Company!

Come and join us in the Strausstown Volunteer Fire Company’s 100th Anniversary Celebration as they dedicate their new engine house to the communities they serve!